The OMC-FLASH 5.0.0 Release Delivers Key Enhancements for Both JES2 and JES3 to Drive User Productivity in Every JES Environment… 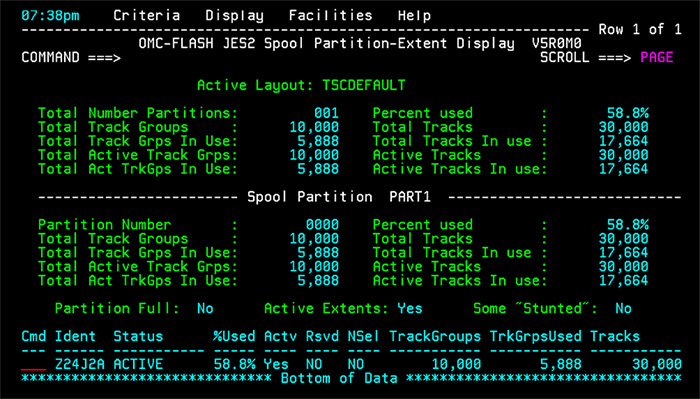 Designed for the Future of JES, in Any Flavor

Many current JES3 shops face a weighty decision as to which JES flavor they will embrace in future – either continued use of JES3 without IBM support, or the considerable task of migrating their environment to JES2.

OMC-FLASH 5.0.0 makes that JES choice easier, combining notable enhancements to the robust JES3 feature set OMC-FLASH users have enjoyed for years, along with expanded JES2 capabilities that help pave the way for users wishing to transition.

Of particular merit is the innovative OMC-FLASH migration utility to assist users in automatically porting their OMC-FLASH configuration from their JES3 environment to JES2. Regardless of the JES flavor chosen, OMC-FLASH 5.0.0 streamlines interaction with both the z/OS system and JES, enabling users to accomplish tasks more quickly and efficiently and increase their productivity.

“The OMC-FLASH 5.0.0 release provides our valued customers with the best of both worlds,” stated Shirley Balarezo, president, Tone Software. “With broader JES2 capabilities, extended JES3 enhancements, and a JES2 migration utility to assist users wishing to transition, the OMC-FLASH release is a strategic winner for z/OS shops regardless of their future JES direction,” she concluded.

Fueled by Feedback from the Largest OMC-FLASH z/OS Shops

The majority of the OMC-FLASH 5.0.0 release enhancements are a direct result of input and feedback from Tone’s valued OMC-FLASH users in the largest z/OS shops around the world.

Further, OMC-FLASH 5.0.0 is easily installed through a standard SMP/E routine and supports all z/OS releases through 2.4, in both JES2 and JES3 environments. For a detailed list of OMC-FLASH 5.0.0 enhancements, view the What’s New in OMC-FLASH 5.0.0 PDF on Tone’s website.